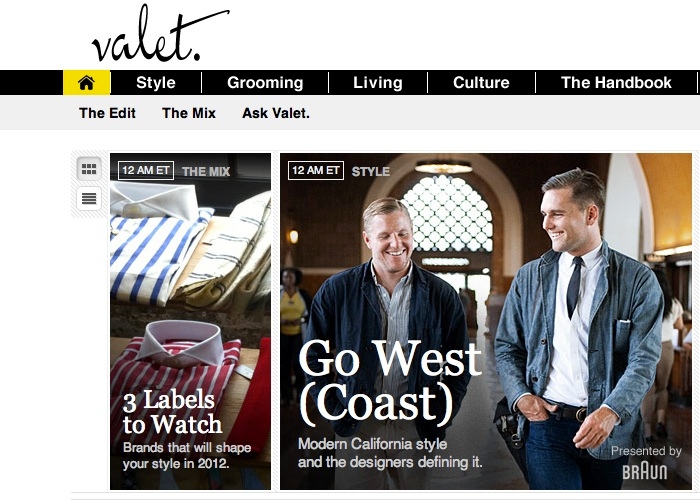 Go West (Coast)
Modern California Style and the Designers Defining It
There's a heat wave raging throughout most of the country right now, but in Southern California, the climate remains blissfully temperate. Warm, sunny days and cool, breezy nights—it's a duality that matches a culture that's at once urbane and yet incredibly relaxed. A decade ago, "LA style" could've been considered an oxymoron, but today, brands are making a name for themselves in the jaded fashion industry for being quintessentially California. That is to say, stylish and well-made, but don't take themselves too seriously. We checked in with a few to talk about how their personal style influences their brand.

"I think the common denominator in everything we're drawn to is this uncompromising sense of product integrity. Traditionally, West Coast menswear could be considered a bit sloppy. We wanted to bring these effortless essentials you can interchange and wear in and out of any situation. You can't go wrong with a great pair of jeans or an oxford shirt and chinos. They've made up this great American wardrobe for decades. It's not nearly as formal as the East coast where it's clearly, 'work' and 'weekend.' Here, there's a much more an easy blend of the two." -Raan

"I'm all for keeping things really simple. Clothes that are not just comfortable but well-fitted and functional too. They should get better with age. I think you should be able to pass things you love down to your kids. Our dad really raised us to be practical and thoughtful about your presentation. Especially if you want to be taken seriously in the work world. But you also want to be true to where you're from." -Shea