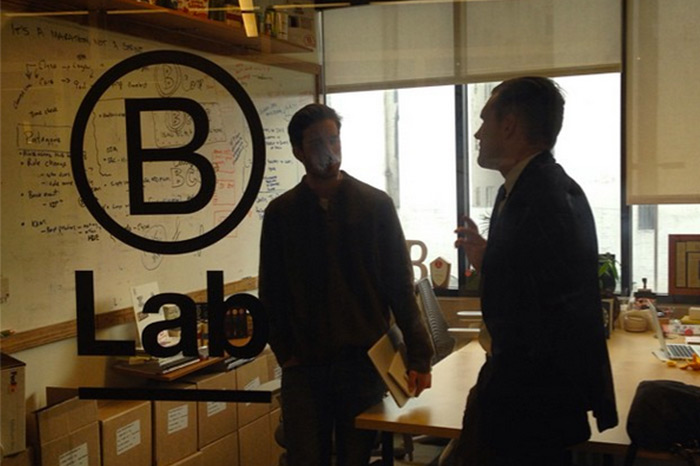 Business Leaders Urged To Find A Purpose In Life

It is tempting to think that disillusionment with big business stems from the financial crisis that began in 2008. Certainly, the activities that led to urgent efforts by politicians and central bankers to prevent a Depression did not do much to endear industrial leaders, particularly those in banks, to the public at large. Nor has the widening disparity between those at the top, still enjoying handsome packages, and those at the bottom, often employed on “zero-hours” contracts. But, while recent years may have seen the criticism intensify and the problems exacerbated, the issue has been around for some time. Indeed, the previous major downturn – in the early 1990s – brought about significant attempts to codify corporate governance and so prevent some of the excesses that had been revealed then. In reality, though, the problem is far more longstanding. Or so suggests Colin Mayer, Peter Moores Professor of Management Studies at Oxford University’s Said Business School and a renowned expert on corporate finance and governance.

In a recent lecture at the British Academy in London, simply entitled “Reinventing the Corporation”, he returned to the subject of his widely-regarded book of a couple of years ago, Firm Commitment (OUP), and examined how business could be better set up to serve society and so become more sustainable. The “failure of governance with which all the ills of the corporation today are associated” was first identified by Adam Smith 250 years ago, he argued. The problem, of course, stems from the division of interests between managers and owners. In theory, the owners should be able to prevent managers behaving negligently or fraudulently. But what might work in a family-owned business, say, is unlikely to do so where a concerned shareholder is one of many institutional investors. As Mayer put it, “Shareholders might have the rights but they do not have the incentives to exercise them”.

Mayer, who has done extensive research comparing corporate governance systems around the world, advocates having companies owned by industrial foundations – as is relatively common in continental Europe – as a way of curbing excesses, focusing managers’ attention on the needs of society at large and so increasing trust. The UK department store group the John Lewis Partnership, which in recent years has been lionised by politicians and others who attribute its success to the fact that its employees are “partners” in the business, is cited as a rare British example of the idea. Mayer wants to increase the numbers by having legislation to encourage businesses to be aligned by a true purpose rather than the simple one often quoted by those against corporate social responsibility, that the role of business is just to make money. But, interestingly, at a time when politicians are constantly talking of rules and curbs on activity, he does not believe more regulation is the answer. Instead, he says, banks and utilities could be converted into “public benefit corporations”, with an onus on directors to focus on public purpose rather than avoiding regulation.

The idea of a “license to operate”, whereby utilities and similarly important businesses take heed of a wider community than just their shareholders when going about their work, has been around for a while without really gaining traction. And some businesses, such as oil companies and supermarket groups, have sought to persuade the public that they are really committed to playing their part in society rather than just engaging in corporate social responsibility for marketing purposes. Again, cynicism has prevailed, not least because at the same time as company executives are seeking to claim they are contributing to society many are trying to reduce their organizations’ liability for tax, the very thing that can make the sort of difference they say they espouse.

That said, there are increasing numbers of start-ups that fulfil Mayer’s desire for business to have a purpose beyond making profit. To take just one sector, clothing, there are, for example, TOMS, People Tree, Patagonia and Apolis. At Apolis, or “global citizen”, this intention is especially explicit. The founders of the California-based fashion operation, brothers Shea and Raan Parton, state clearly that their “advocacy through industry” model is born of the conviction that business can be a source for good. As the company name suggests, the brothers are – at a time when many companies in the United States and other industrialized countries are under pressure to repatriate jobs – committed to the notion that people in emerging economies can only really prosper if given access to the wider global marketplace. Adapting the old proverb about teaching a man to fish, Shea says that it is all very well teaching a man to fish but it is no good if he does not have a big enough pool in which to fish.

Apolis, like the outdoor apparel company Patagonia it regards as a mentor, and other businesses, such as the ice cream maker Ben & Jerry’s and the green cleaning products producer Method, has signed up to become a BCorp. The BCorp movement is is an international organization covering more than 1,200 companies across more than 30 countries that certifies businesses according to ethical, social and environmental standards. As its website says, it is to business was Fair Trade is to coffee. Although there is talk of large companies signing up, the BCorp network for the moment appears to be largely the preserve of niche or privately-owned businesses that can effectively set their own agendas without recourse to shareholders. BCorp proponents believe that signing up for such standards will prove a differentiator, particularly among the Millenials who are starting to dominate the workforce. But the likelihood is that this will only be the case at the margins until the larger businesses opt in.

After all, even those businesses that sign up for the bigger purpose idea struggle to hold on to it as they grow, while the trouble the oil giant BP had trying to rebrand itself “Beyond Petroleum” demonstrate the difficulties of moving in this direction when already large. Even if the senior management believes in the change it can be difficult to bring around the whole organization. Size also brings greater public scrutiny, with the proliferation of social media making that all the easier. So while it should encourage transparency it might discourage organizations from making a stand for fear that they will be found out.

It is not clear at the moment how this will turn out. There needs to be a lot more debate rather than just a little hand-wringing at Davos and other corporate get-togethers. What is clear, though, is that constrained public finances around the world mean that governments will be increasingly unable to do the breadth of things they used to, creating opportunities for business to do more. As such, they can either win over the public to the idea that business genuinely is a force for good or they can exploit the opportunities more ruthlessly. There are signs in the moves by the retailer Walmart to raise wages and the software company Microsoft to demand suppliers give their American workers paid holiday that business realises it has an important role to play in making society work better. But whether this will lead to the sort of situation of which Mayer dreams is still unclear.