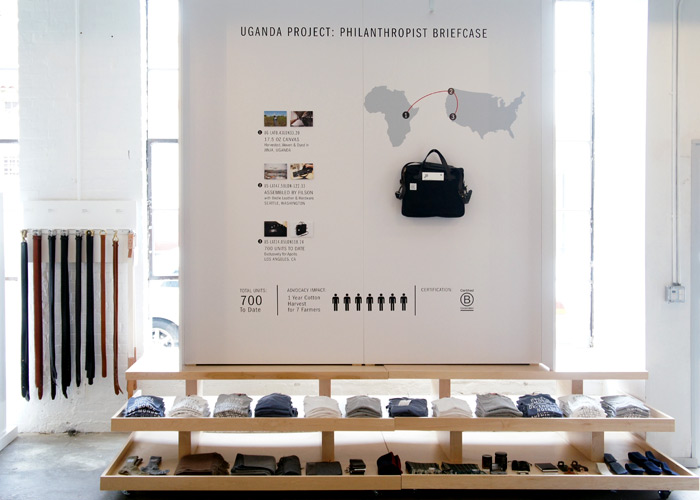 On March 22nd we hosted a memorable evening at Apolis: Common Gallery in downtown LA with Pacooto Gabriel from Pader, Northern Uganda, six members of the Invisible Children family and dozens of our friends and neighbors. Thanks to our space’s unique design, we were able to accommodate all of our guests and feature our Apolis + Filson Philanthropist Briefcase that is made with Ugandan cotton in a new window display. Brand Director Shea Parton opened the evening by welcoming Gabriel and Chelsea Echeverria from the Invisible Children CalVegas team to our space and detailed the long history Apolis has working with Invisible Children’s on the ground programs in Uganda. Specifically, he told the story of the Philanthropist Briefcase, which is in its fourth restock and has utilized the annual yield of seven Ugandan farmers. Shea then introduced Kony 2012, knowing that “everyone with a heartbeat” has already seen the film, but asked the audience to watch it again to prepare for a post-film discussion.

Twenty-nine minutes later, Gabriel stood up to deliver a Global Citizen Keynote. He is the third keynote speaker we have welcomed to Apolis: Common Gallery, following in the footsteps of Jason Russell and Marc Koska. Gabriel made an effort to first thank Invisible Children for bringing him from Uganda to advocate on the behalf of his community and thanked Apolis for the “swag” and the opportunity to tell his story. He then shared how personal the film was for him, namely the fact that the LRA had taken the life of his grandfather. He implored the audience to join Invisible Children in calling for the arrest of Joseph Kony and was steadfast in his belief that Kony would soon be brought to justice.

Gabriel and his teammate Chelsea concluded the evening with a question and answer period. Given the critiques of Invisible Children and the film circulating in academia and in the media, Chelsea encouraged the audience to: “Ask hard questions. We want them and we’re ready for them.” The questions ranged from lighthearted inquiries into Gabriel’s favorite American foods to serious geopolitical questions about Invisible Children’s long-term strategy after Kony is captured. The latter question was answered by Chelsea who pointed out that the bill passed by US legislators in 2011 names Kony and his top commanders as targets and mentioned other war criminals in the region that are on the International Criminal Court’s list of most wanted individuals.

Our third Global Citizen Keynote helped us achieve the goal of making Apolis: Common Gallery a local hub for global citizens and discussions of global significance. We would like to thank Gabriel, Chelsea, and the entire Invisible Children CalVegas team for putting on the event and encourage our community in Los Angeles to keep an eye on our Common Gallery events page or visit us in the Art’s District. 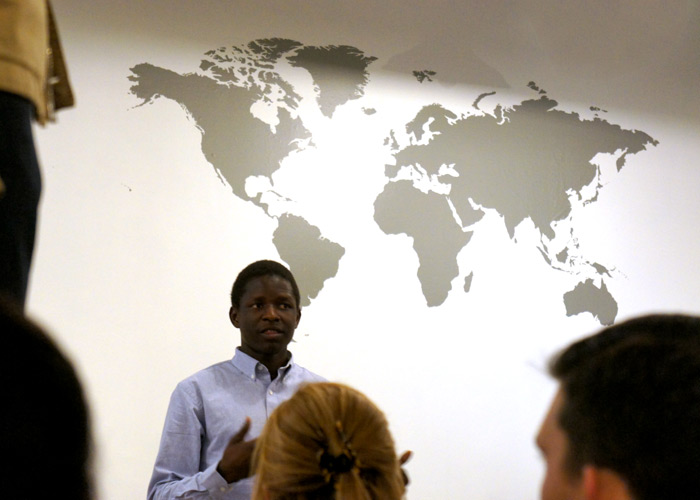 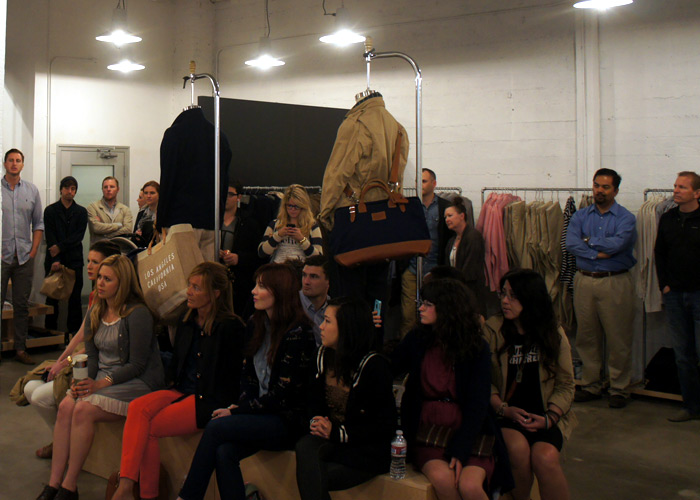 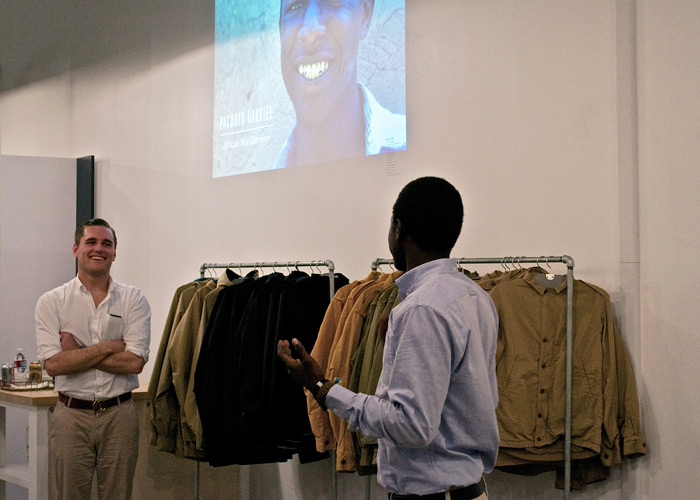 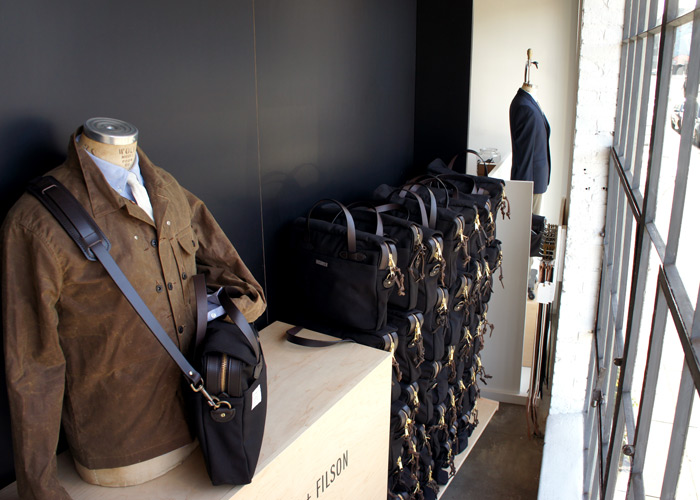 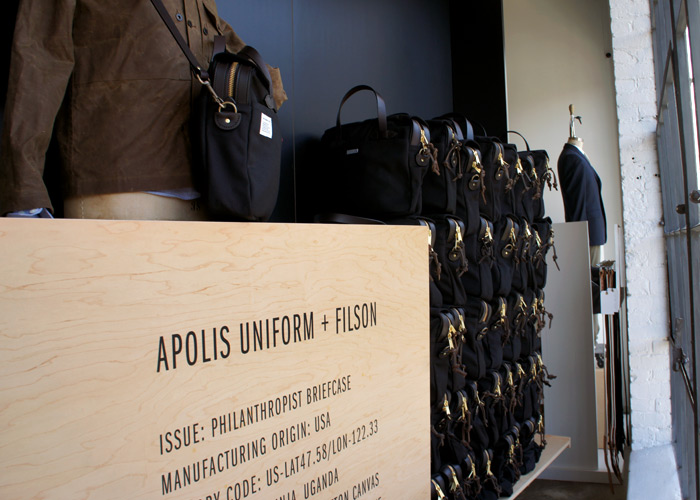 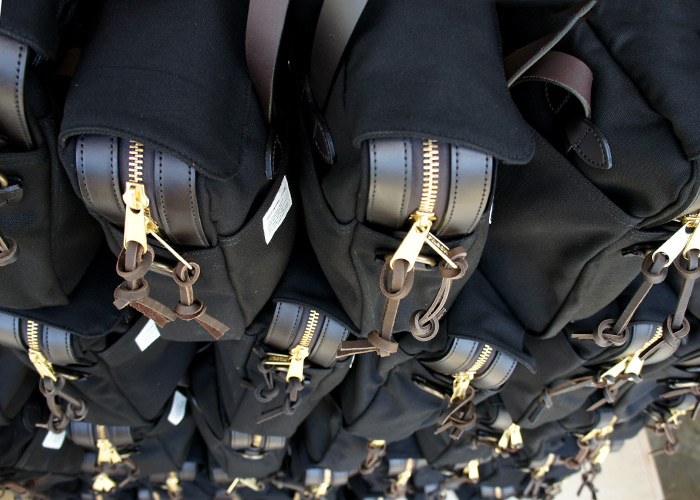